The presence of a pop band presented in the context of a social institution – rather than its lyrical output.

A band is necessarily a power alignment to help obtain recognition, just as it is a social bond by which to convey the message of its own togetherness – formed within a pattern of chords and rhythm capable of conveying the idea of harmonious interaction. The social interaction within the band thereby becoming a prelude to a formal presentation before the same message is to be communicated to the public. It is a predefined formalism by which recognition is sought mutually when patterns (of poetry) and personal interactions merge within the will to power. 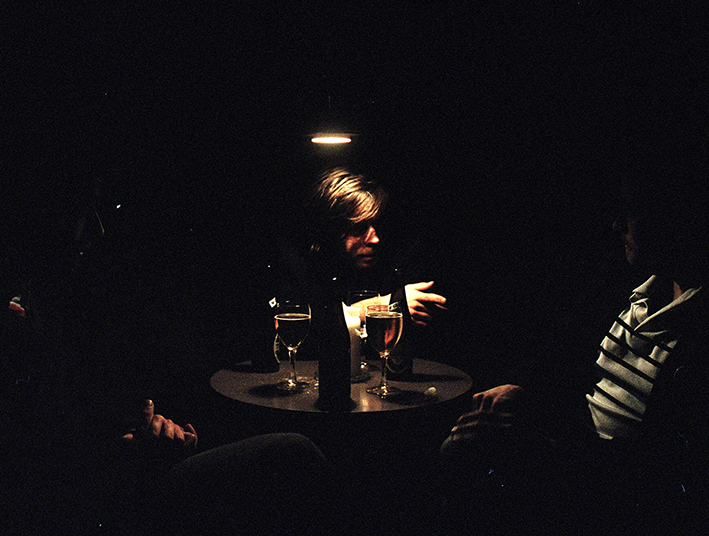 Their presence in the space is framed by:

- A sound loop sampled from a pop song from 1987 emitted by the sound system in space.

Cast / Band: The Ondt and the Gracehoper