Icarus II portrays two framed images, or rather images of framed images, that consist of movie posters that refer to gravity; one as a noun and the other a verb. 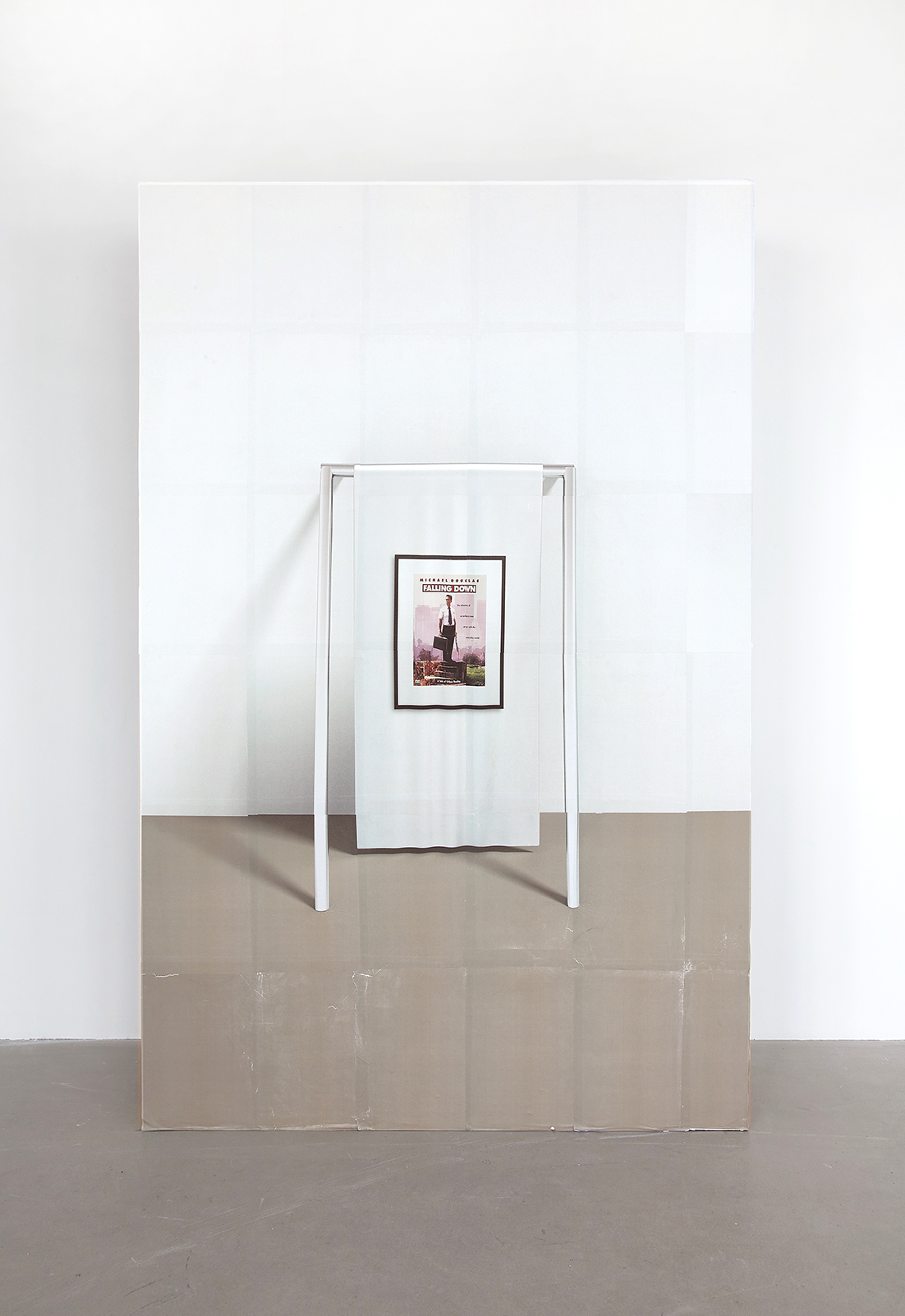 Those images are printed on fabric which are draped on a structure designed to leans against a wall.

That structure exists as a virtual model, the front and side of which are printed and assembled so as to frame the space it would otherwise occupy had it been constructed as a three-dimensional form. 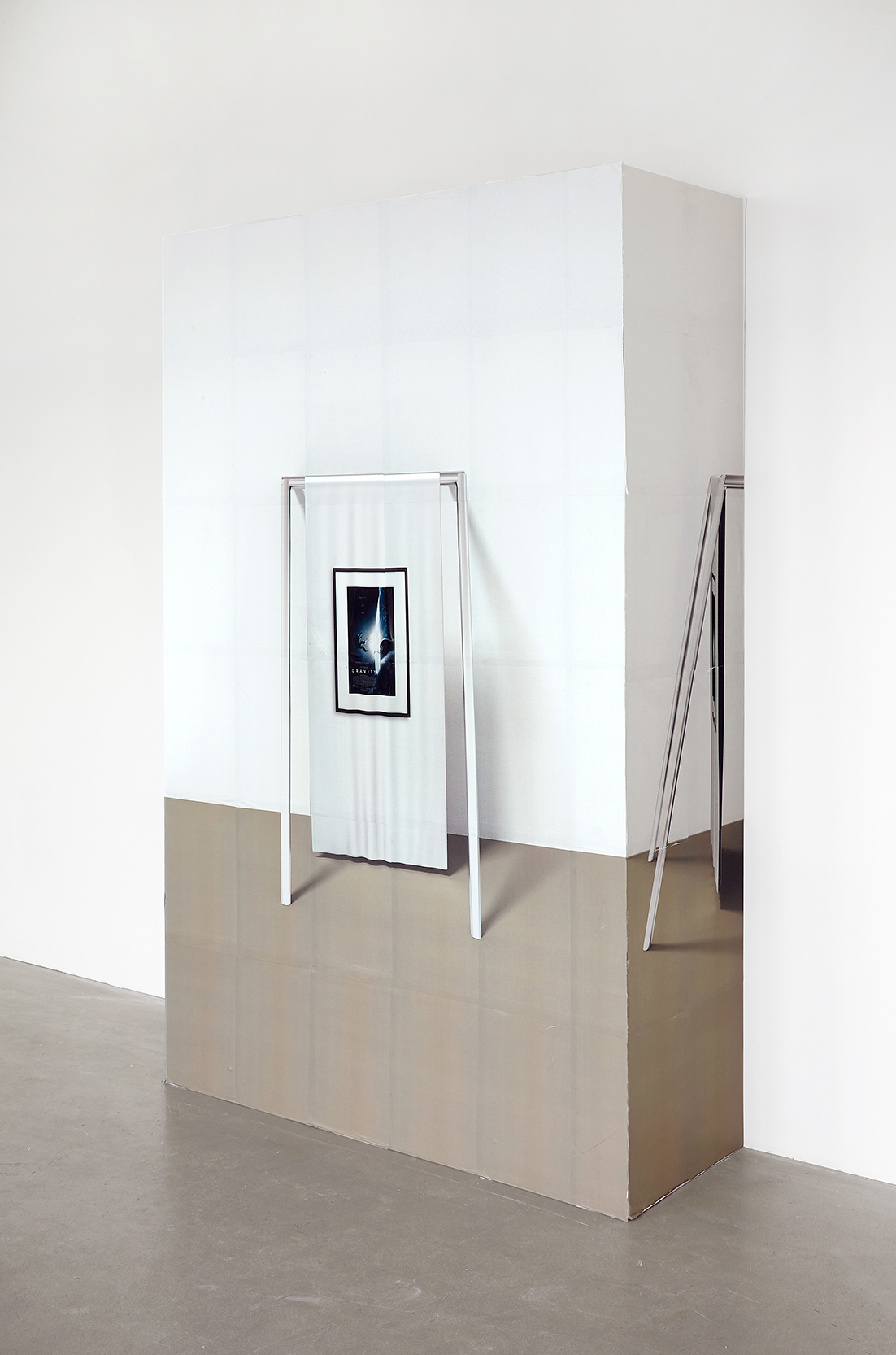 In being printed on fabric, gravity acts as a force that draws it down into a vertical plane and is therefore an active component in making the image visible. This remains the case in physical reality as well as in virtual simulations of reality. 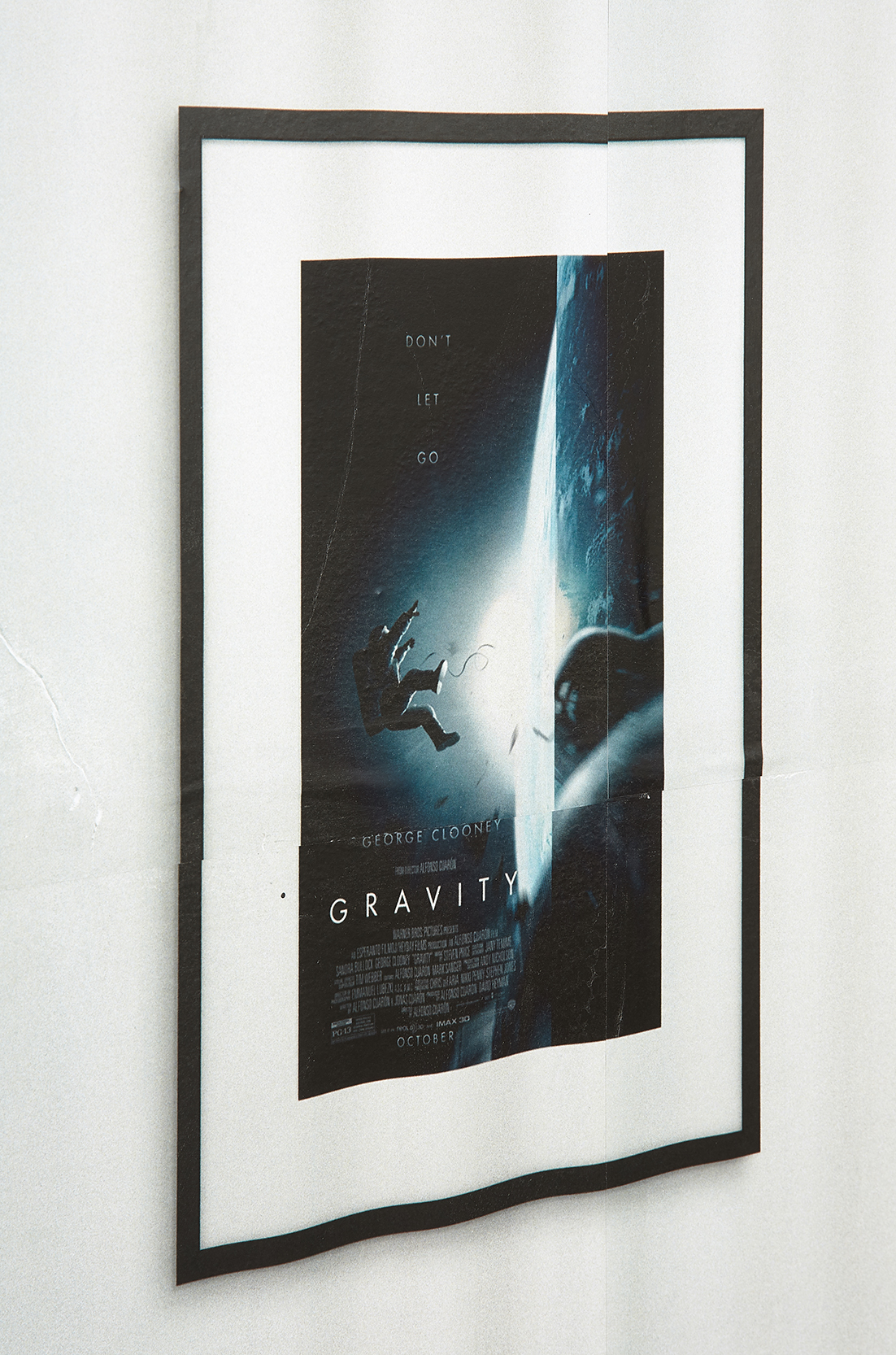