“Double Accounting” takes its name by combining two concepts: that of double-entry bookkeeping and of keeping two sets of books. 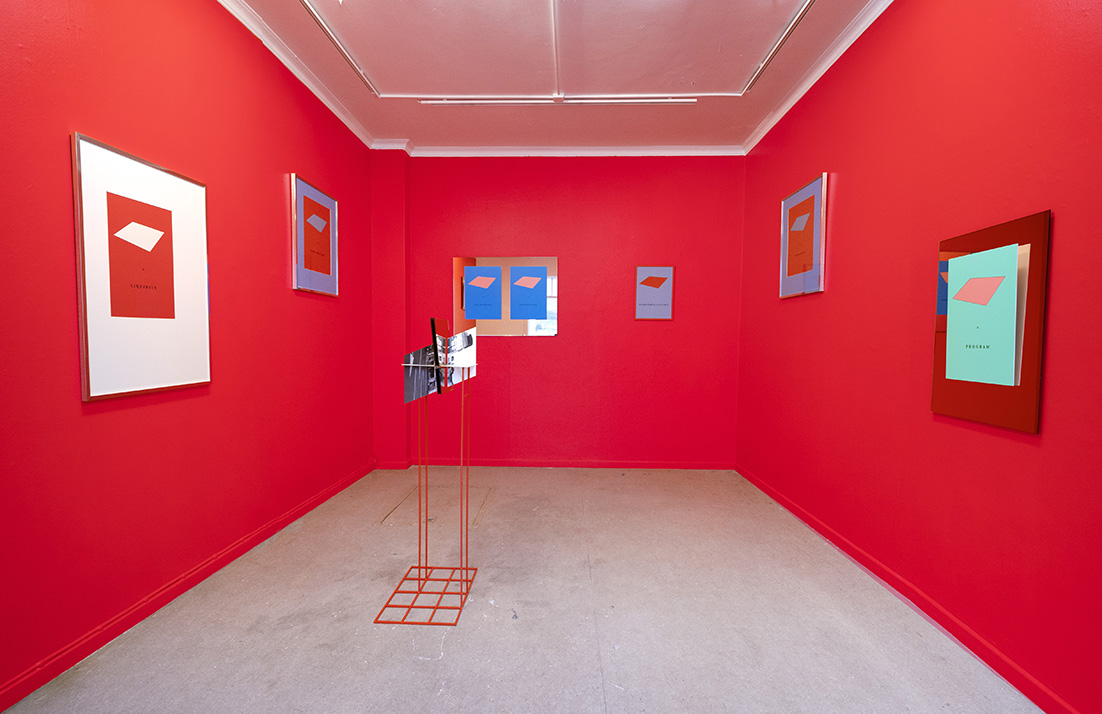 While double-entry bookkeeping proposes a parallel interpretation of reality on each side of two columns, the act of keeping two sets of books suggests two distinct realities within them. As if each of the two books were two versions of self-enclosed universes that are symmetrical and dialectically opposed.

“Double Accounting” is therefore the name of the exhibition in which to introduce prints built on a dual system of colour coding by which to categorise the totality of the world along alternate paths.

(1) One is built loosely on metaphysics, or a system of philosophy that deals with the underlying laws of reality.

(2) The second on (dialectical) materialism, or the perception of reality as deduced through materials. Realistically speaking, this means in the economic sense of reality. As in subsistence. As in infrastructure. As in large masses of human bodies coordinating their material needs within a given infrastructure.

Each of the two systems is built on the procedure of allotting meaning to each of the prime colours, as well as black and white, and calculating the way that each combination of hues form new concepts.

Along with the prints, and in line with the idea of parallel systems to describe what may possibly be the same reality, the exhibition also contains (3) a sculpture – Liquidity – placed in close proximity to the print of the same name. 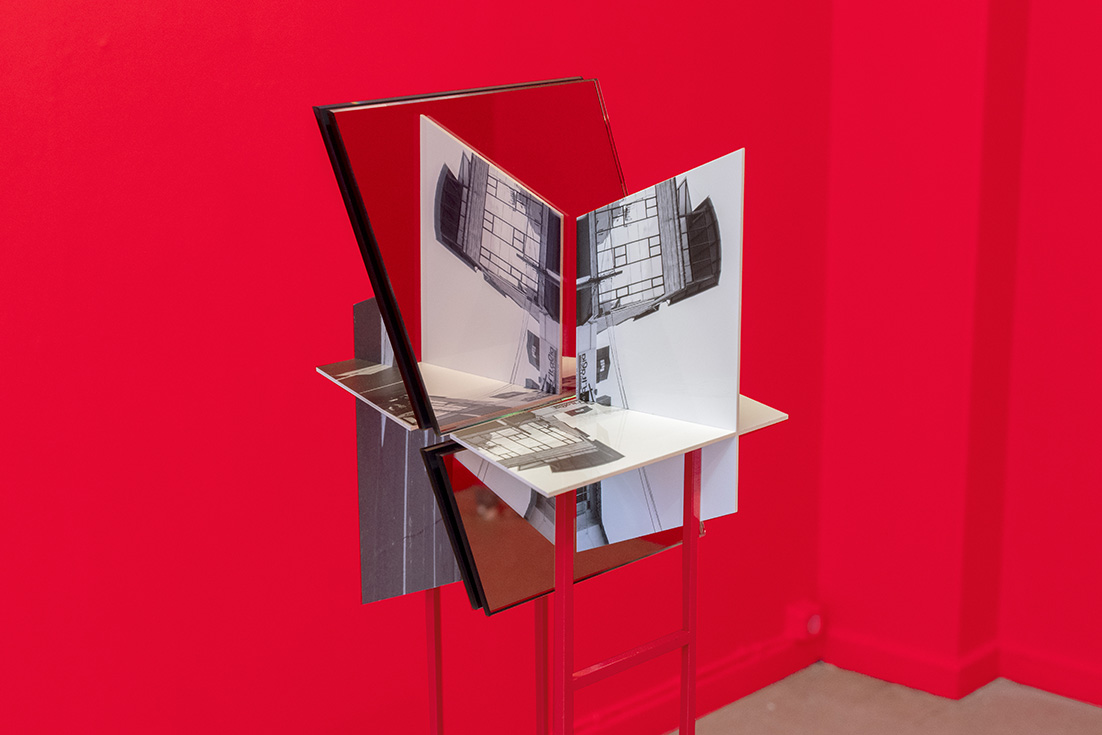 The walls of the exhibition space are painted red. In the dual system of colour coding by which to organize the totality of the world, red signifies "not reality" within the system of metaphysics and "capital" within the (dialectical) materialism.