Two planes of laminated chipboard in the form of (right angle) trapezoids, are connected by chrome five poles. The kind used to make racks for clothes to hang from. The uppermost pole supports two aluminum plates that carries a reproduction of the lower half of a (minor) panel within the Ghent Altarpiece. 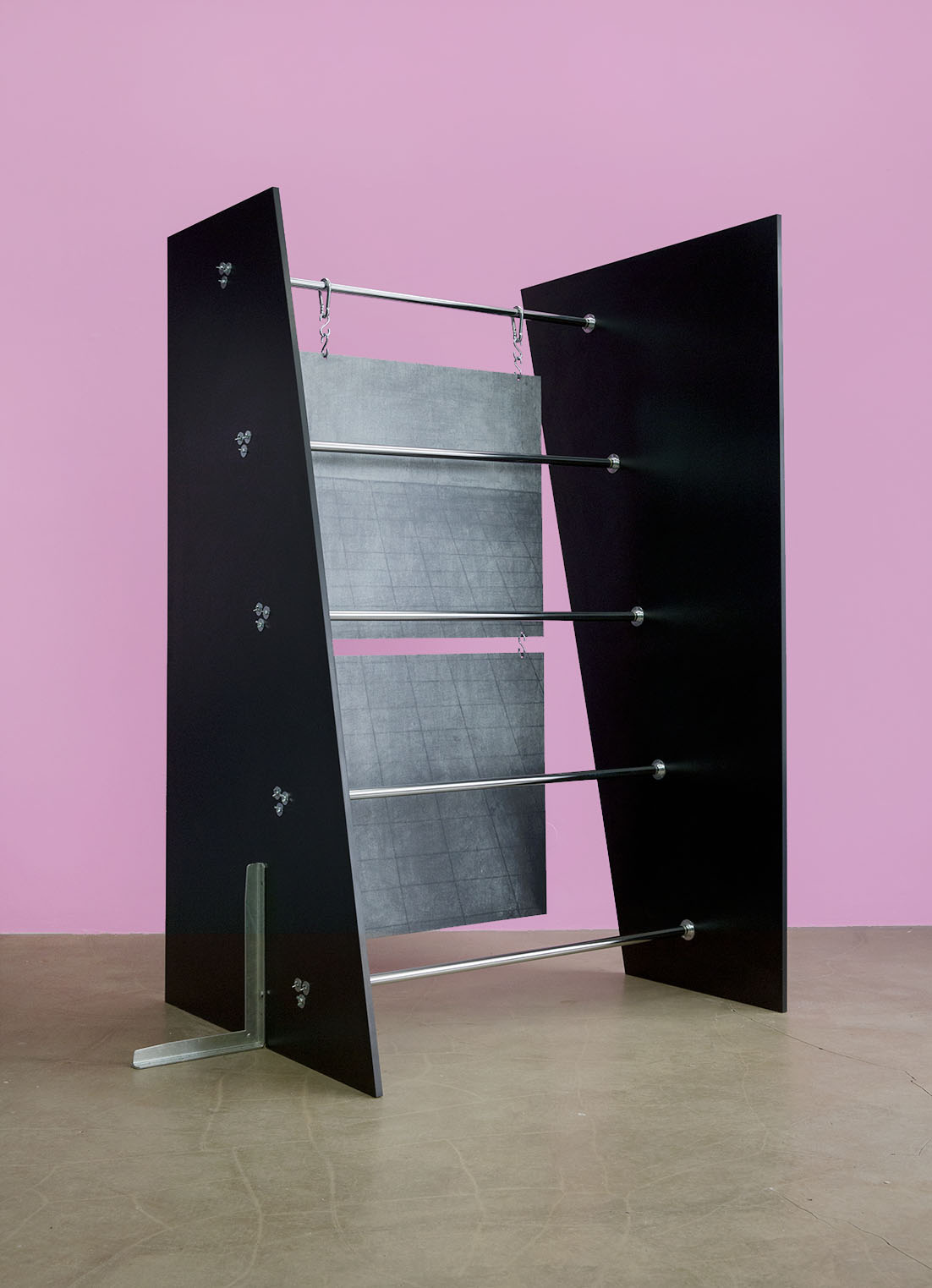 The chrome poles that connect the two planes are a kind of homage to perspective. The two planes would form a rectangle if they were combined. Seen from a particular point of view, the two planes can be understood to be a single plane, though one part is closer to you than the other. That’s what perspective feels like. Knowing that one thing is closer than the other but being able to understand that only to the degree that you had seen both pieces as a whole. 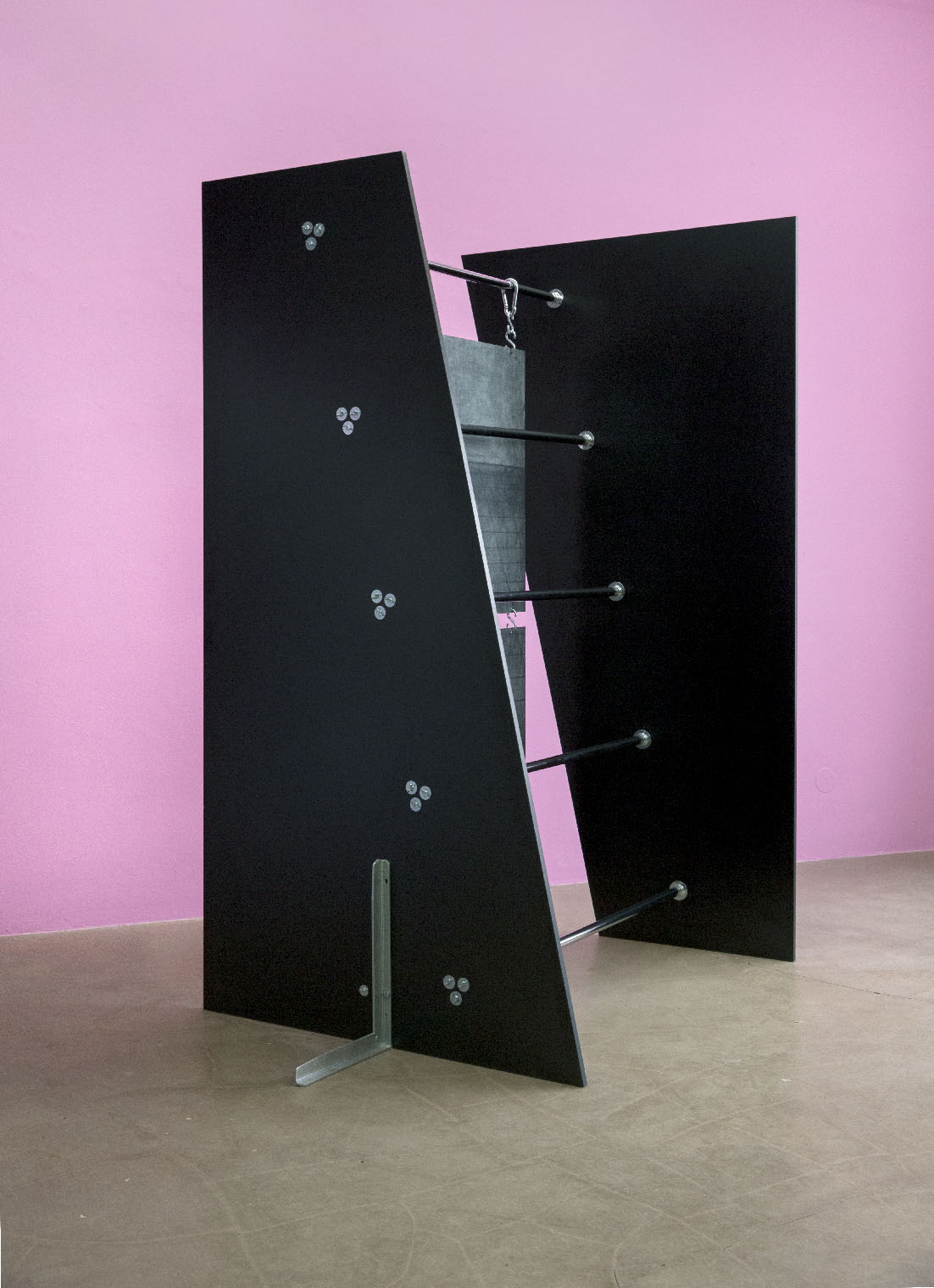 The image that hangs from the top bar a reproduction of the lower half of a panel within the Ghent Altarpiece. This particular panel shows nothing but the interior of a room and the view from its window. It is an image of a stylish interior like the kind in magazines about interior design. But in this case, it is the interior style of 15th century North Europe that is on view. 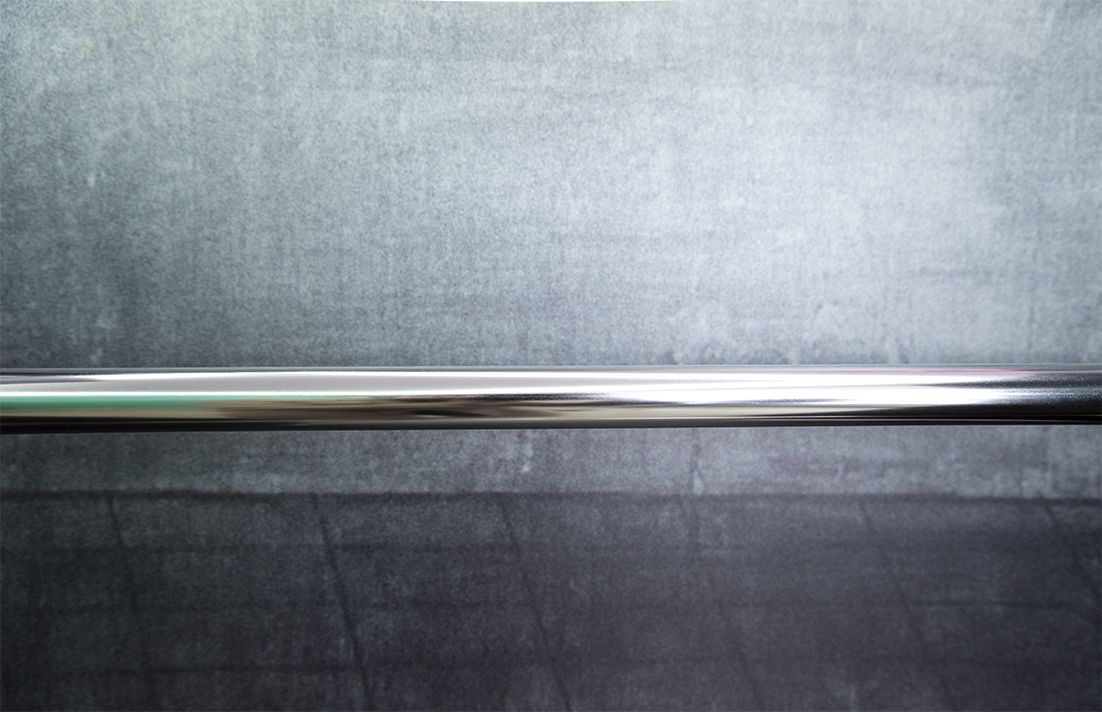 Mostly it shows a tiled floor that is close to the reality of proper perspective. But misses the mark nonetheless. That visual clumsiness is endearing. Especially since everyone who knows art history can look at such a grid and deduce that is had been made not long before the technique is mastered. 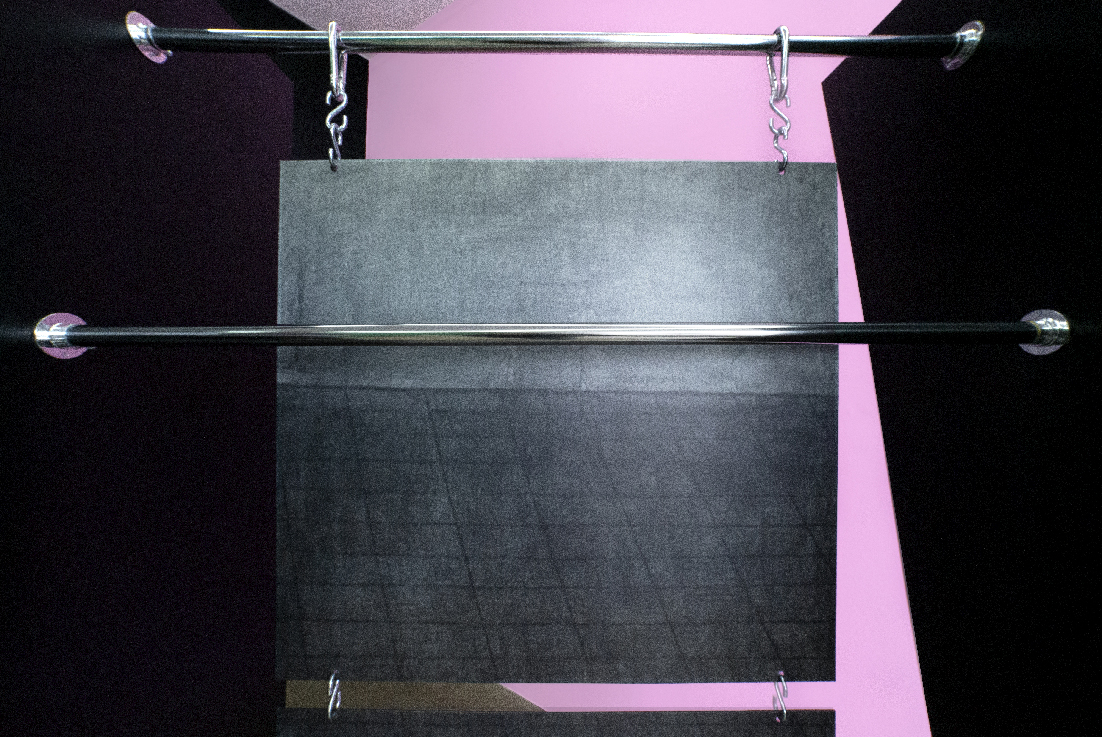 [Press on image for view of Interior with City View]