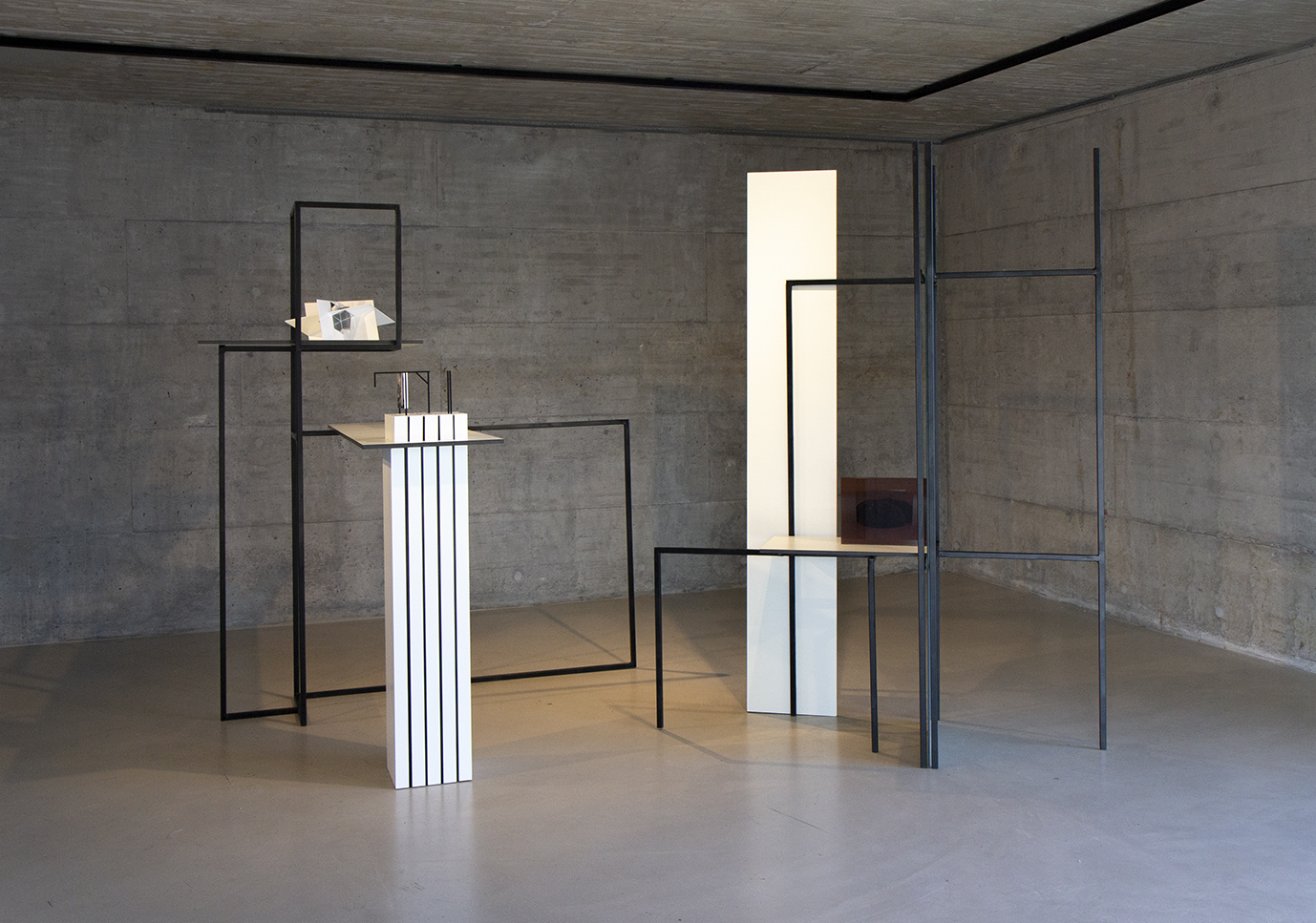 Much has been said about the moral issues related to the growth of the financial sector and its relation to resource management (or lack thereof when it comes to a laissez-faire style of management). But what may be more interesting are the very questions of representation. How something highly abstract can be represented. Or how abstraction itself can be represented.

Come to think of it, this is essentially a reversal of the modernist paradigms of abstraction. As in the 20th-century emphasis on abstract painting. In that it is the attempt to make concrete that which is already abstract. As opposed to making abstract that which is concretely visible. And something about the logic of modernism, and even its possible devolution, may be evoked as a stylistic cue towards the correlation between the social history of thought and economic history. The artist likes to think of the works on display as ironically modernist.

Financial Instruments contains three sculptures: Interest-Bearing Capital, Mortgage and Mortgage-Backed Securities, that are placed on a kind of display system. One that provides shelves for sculptures so they can be seen at different heights, providing a backdrop in some places, while aspects of the construction have to do with the practicality of distributing weight within a structure for maximum stability. Simultaneously retaining the effect of lightness for the aesthetic implications of style.

The display system is a lyrical composition. The logic of the installation is built on the aesthetic of retail displays and is influenced by a contemporary style of interior decoration that is influenced by minimalism. Another stylistic influence is that of 80s interior design, which is the decade in which the financial sector grew into the current state of dominance. There is also the stylistic influence is Italian interior design and its affiliation with what can be described as a metaphysical style.