"The center piece of the exhibition was the remake of a temple. It was made from industrial water pipes on loan from a utilities company and covered with black gravel and glue. [...] Civic virtue wanted to create a negative diagram of a classic temple, and thereby to engage in a temporal matrix by which to present hidden structures belonging to a latent architecture within current civilizations. It was because the temple was meant to be a part of alternative cult that it was made from plumbing tubes, which belong to an underground network running parallel to our own in the form of sewage. The tubes were then covered with black sand to contrast the otherwise white surfaces of the Hellenistic temples that now survive. [...] It therefore became interesting reverse this assumption of austere rationalism by including worship to spirits found within the ground (Chthonic) as opposed to those the mountain (Olympic). Furthermore, another visual reference was that the volcanic eruption at Pompeii and Herculaneum in being a natural disasters that had preserved so much of roman civilization for the neoclassic enthusiast. This reference became another point of significance for the choice of black sand in covering the pipes." 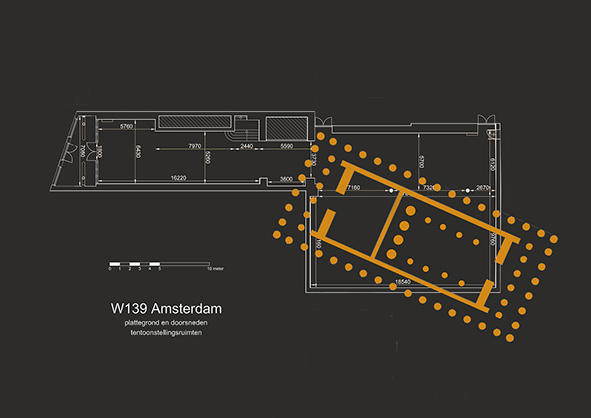 
Claygod belongs in a pantheon of clay gods inspired by Cthonic divinities – those gods which came from within the earth rather than from its surface or vault. […] This particular representation of Claygod forms a two-dimensional shrine in a format which is symbiotic systems of propaganda. The image of Claygod can be duplicated ad infinitum with the help of a copy machine, so that the image may spread the cult of Claygod. 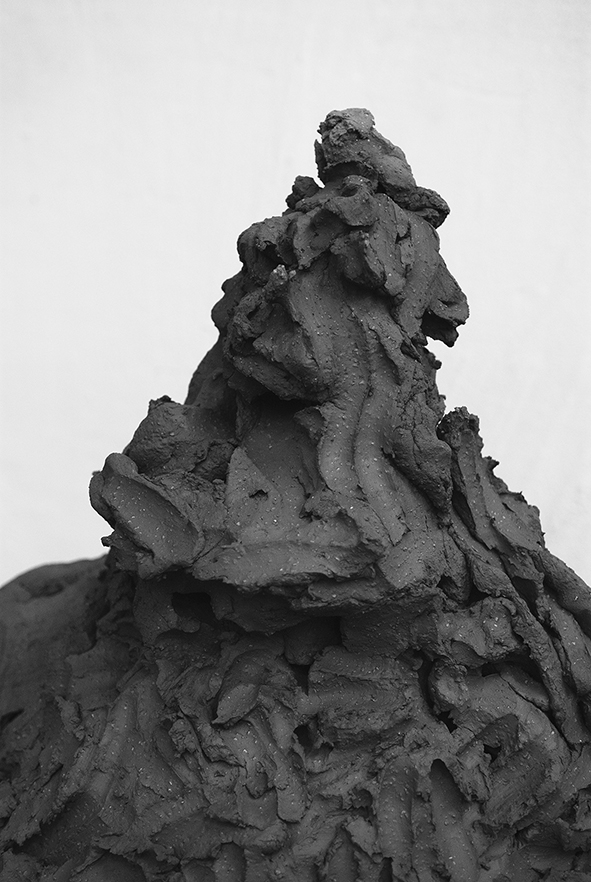 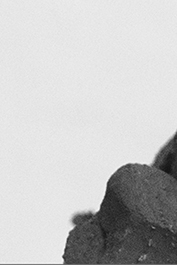 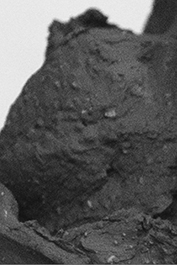 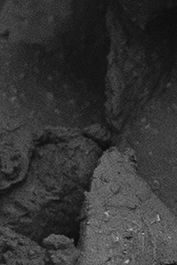 The video cycle (1-Origins, 2-Time Tourists, 3-The Forest, 4-Primordial Elements) forms an educational tableaux to compliments the temple and the archaeological artefacts. It presents the grand tour in a context of allegories that personify vices and virtues within a history.

The Head of Medusa Eating Her Own Tongue
– excerpt from Video #1 (Origins), video - 18 minutes 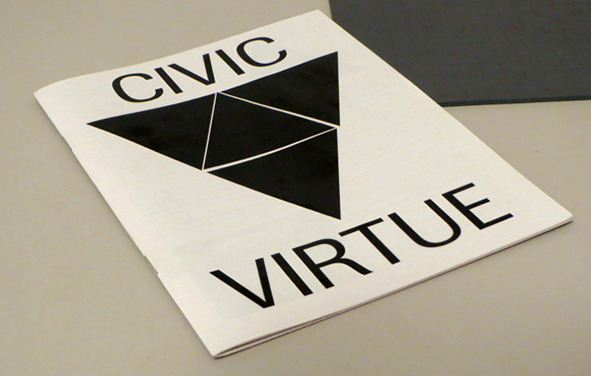