Achilles consists in the idea of printing individual frames of the asteroid Vesta as it nears the spectator and collides with the ‘fourth wall’ of the self-enclosed logic of Desargues's Theory Lecture. 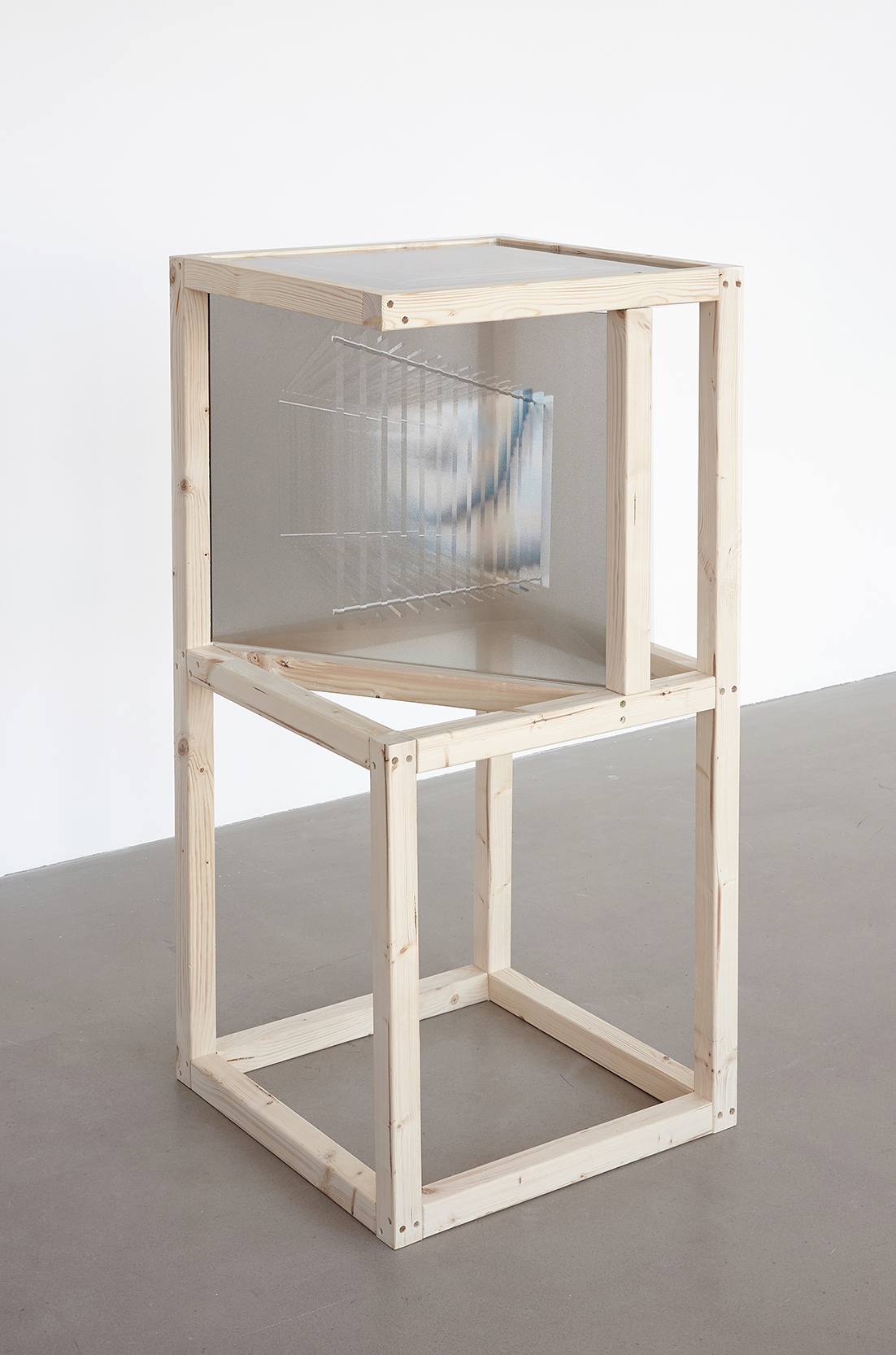 Each of those frames being printed on glass and placed in a row so as to allow the viewer to see each of the positions the asteroid occupies along an axis of time, simultaneously. The idea is that this allows the viewer to see through time.

Or more concretely, in its modern-day equivalent of the virtual realm of a three-dimensional model. 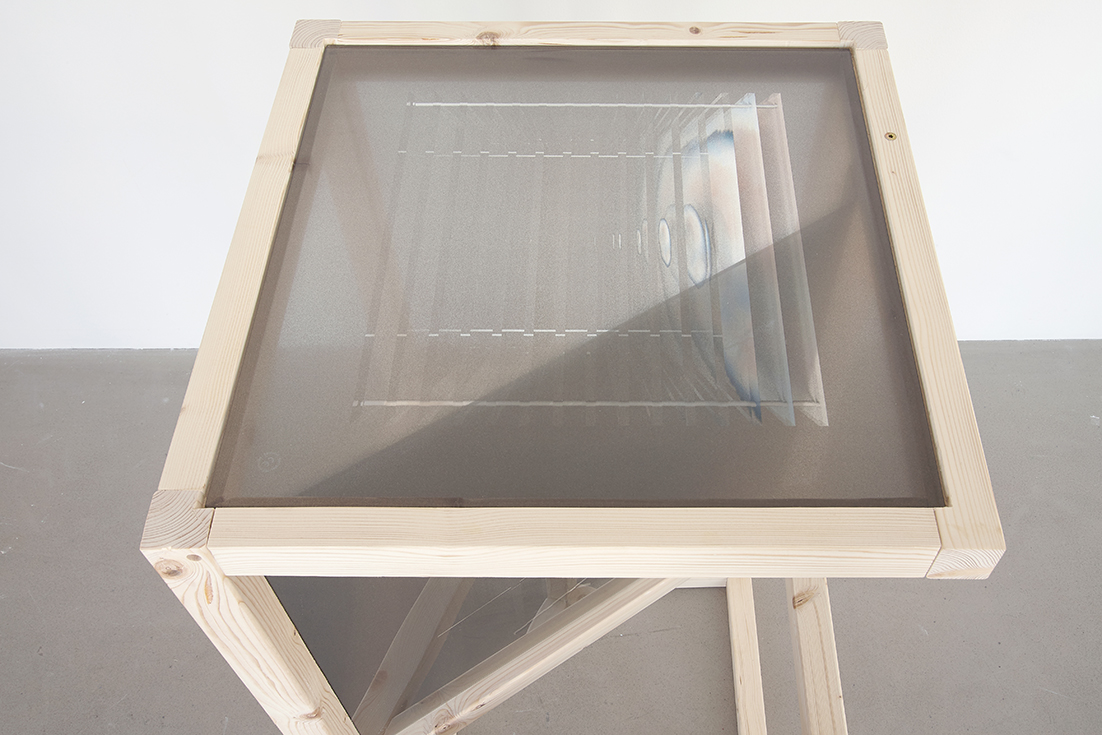 Two views within which, one from the top and the other from the side, are rendered, exported and placed within a cube-like structure. One that rearticulates the restrictions by which form exists in virtual space.