A wooden structure in the form of a triangle that has been "bent" so as to stand upright. Icarus I is built on a return to the original impulse that had led to the creation of Desargues's Theorem Lecture. Something about triangles for which I have no rational explanation. 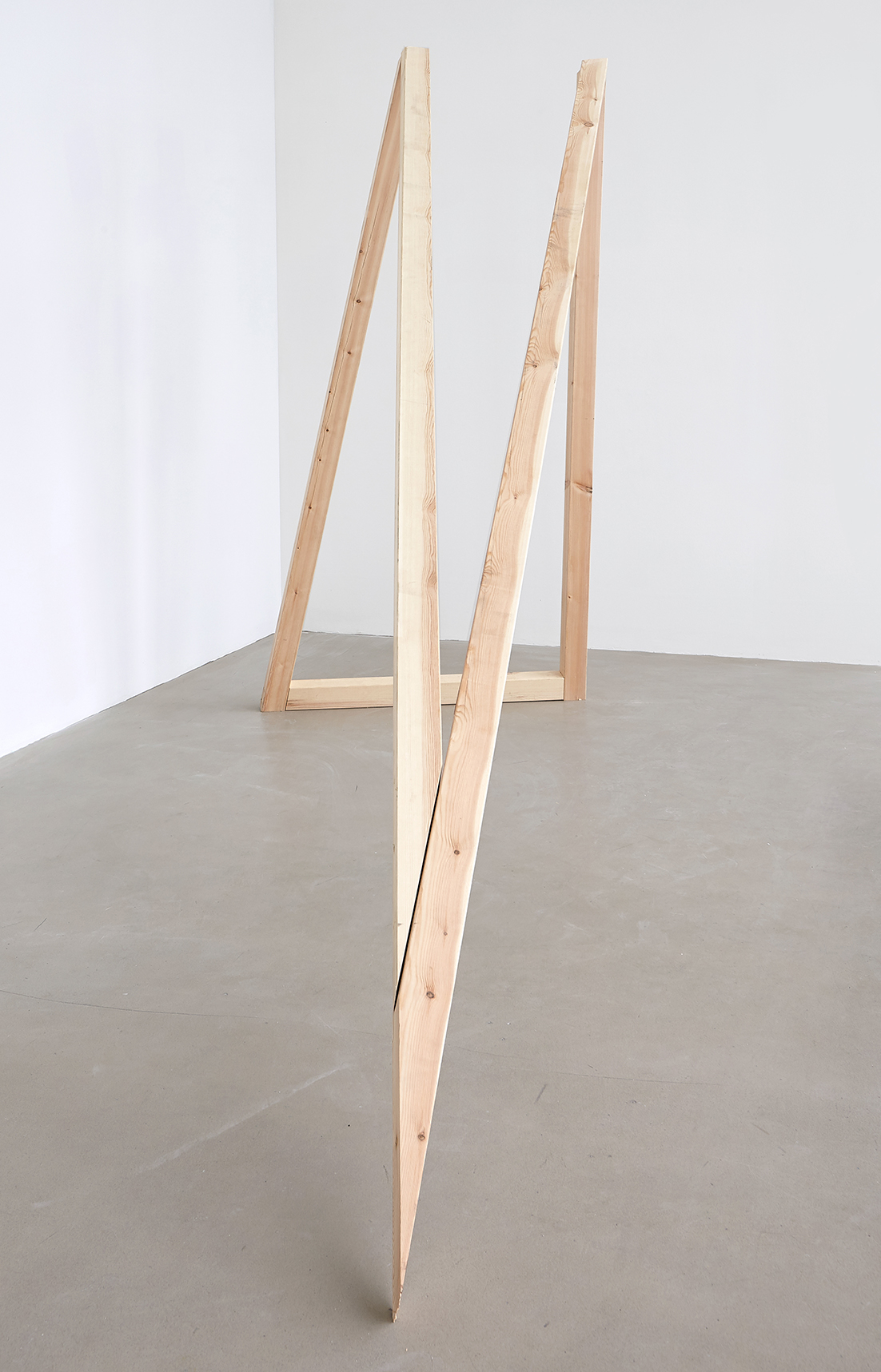 Returning to the subject of the metaphor, Nobuyoshi Araki had on one occasion explained that each image expressed his love for the essence of the woman portrayed. When asked what the position of the viewer of the photograph is, he replied that that is the one who creates a love triangle. A triangle, however, is a two-dimensional form. As a sculpture, its existence in space is like a formal joke. One built on the ability of a two-dimensional triangle to be self-supporting.