Mortgage contains a three-dimensional grid made out of aluminum and plexiglass. 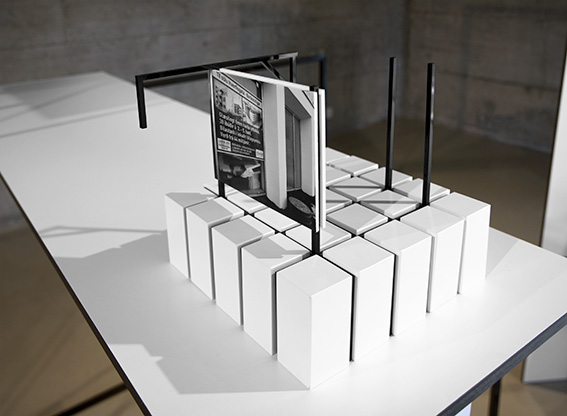 The grid stands for the partition of space into discreet units where each is identical to the other. And it is precisely because of this fluidity of exchange that it functions like money. Just as each coin is equivalent to another coin, a meter of space is interchangeable with another. Units that can be brought and sold. Which is why loans can be taken on a piece of real estate. Which is to say a mortgage. 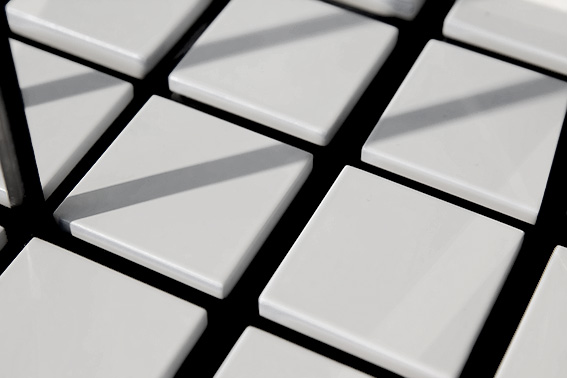 There are also beams that protrude from out of the grid. They follow no particular logic. Except perhaps in the way they form a visual association with beams found at a construction site. The kind that seems random to the casual onlooker.

Two of the beams support an image of a storefront that is advertising retail space for rent in a newly constructed building. The composition therefore also references the casual logic in the placement of advertisement signposts. The content of which being the availability of newly constructed real estate. 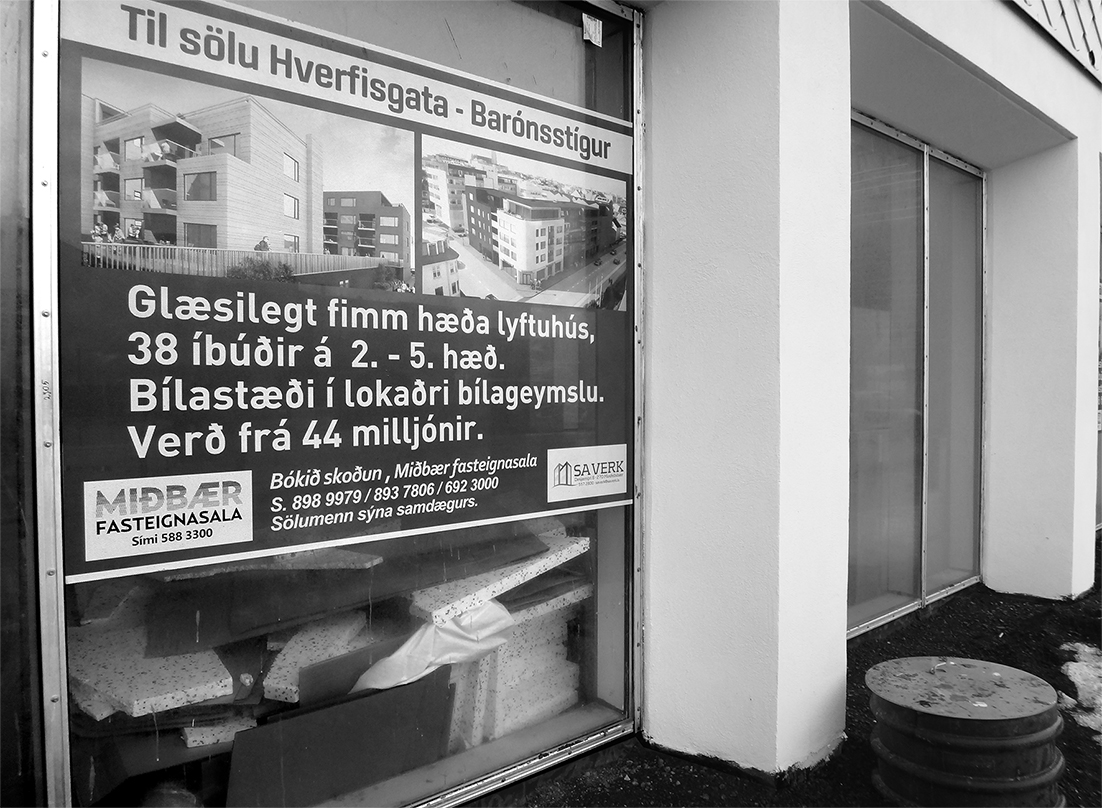 Mortgage, or the upper half of Mortgage, is placed on an extruding shelf. The lower half, which supports the shelf, consists of a plinth with vertical columns that are designed as an extrusion of the grid above. Such an extrusion is typical for the logic of the construction of a virtual sculpture (with which the sculpture was conceived). The design of the plinth as a physical object may therefore be understood as a kind of dialectic between the physical and the virtual that carries the traces of a way of working that is completely nonphysical. 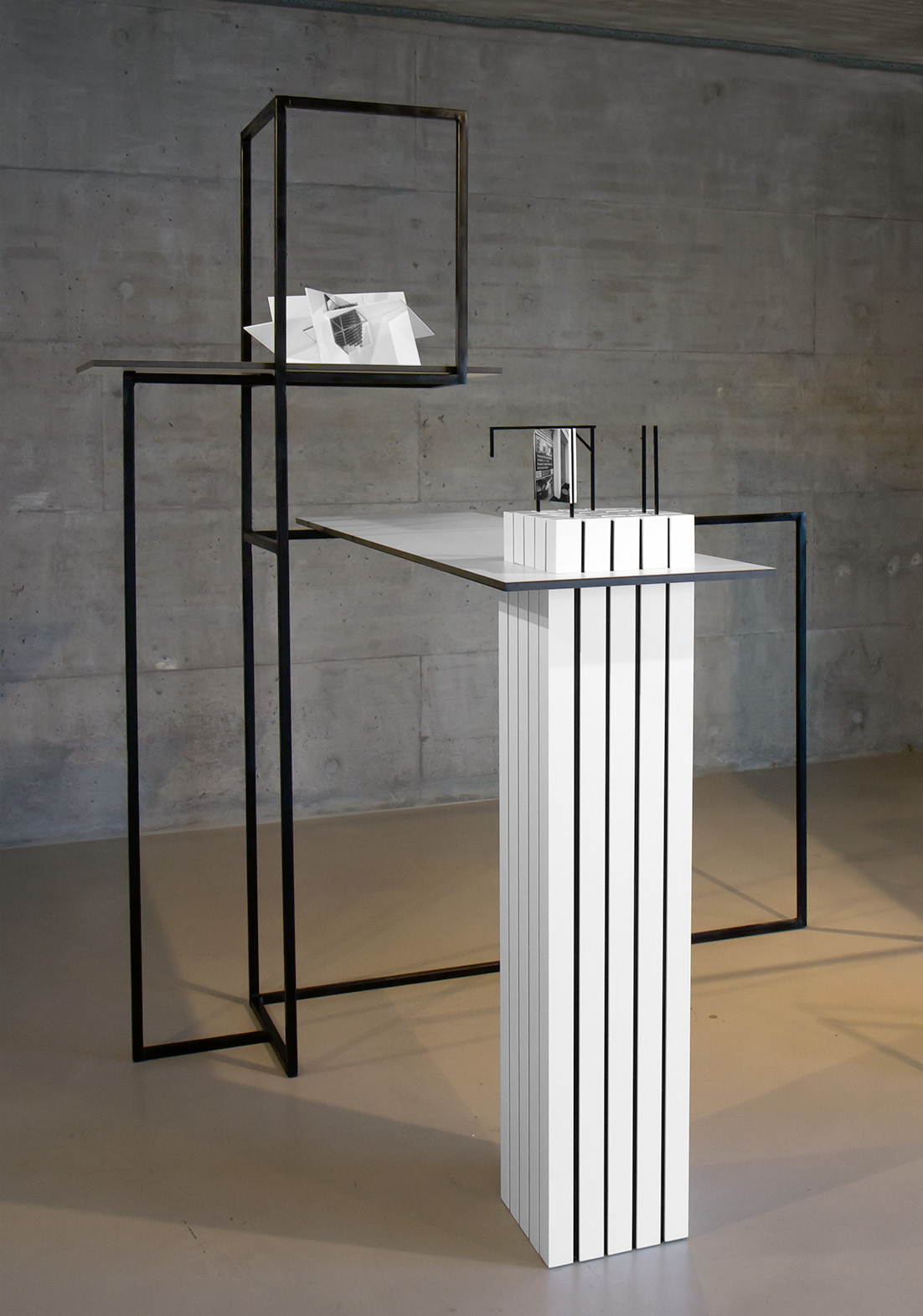