“Matrix, or Genesis of Private Property” is a spatial proposition for a matrix that spans three dimensions. The first of which is represented by a carving of the hand of Ishtar, the second by the ruins of Babylon and the third by a Cuneiform contract for the purchase of a house. 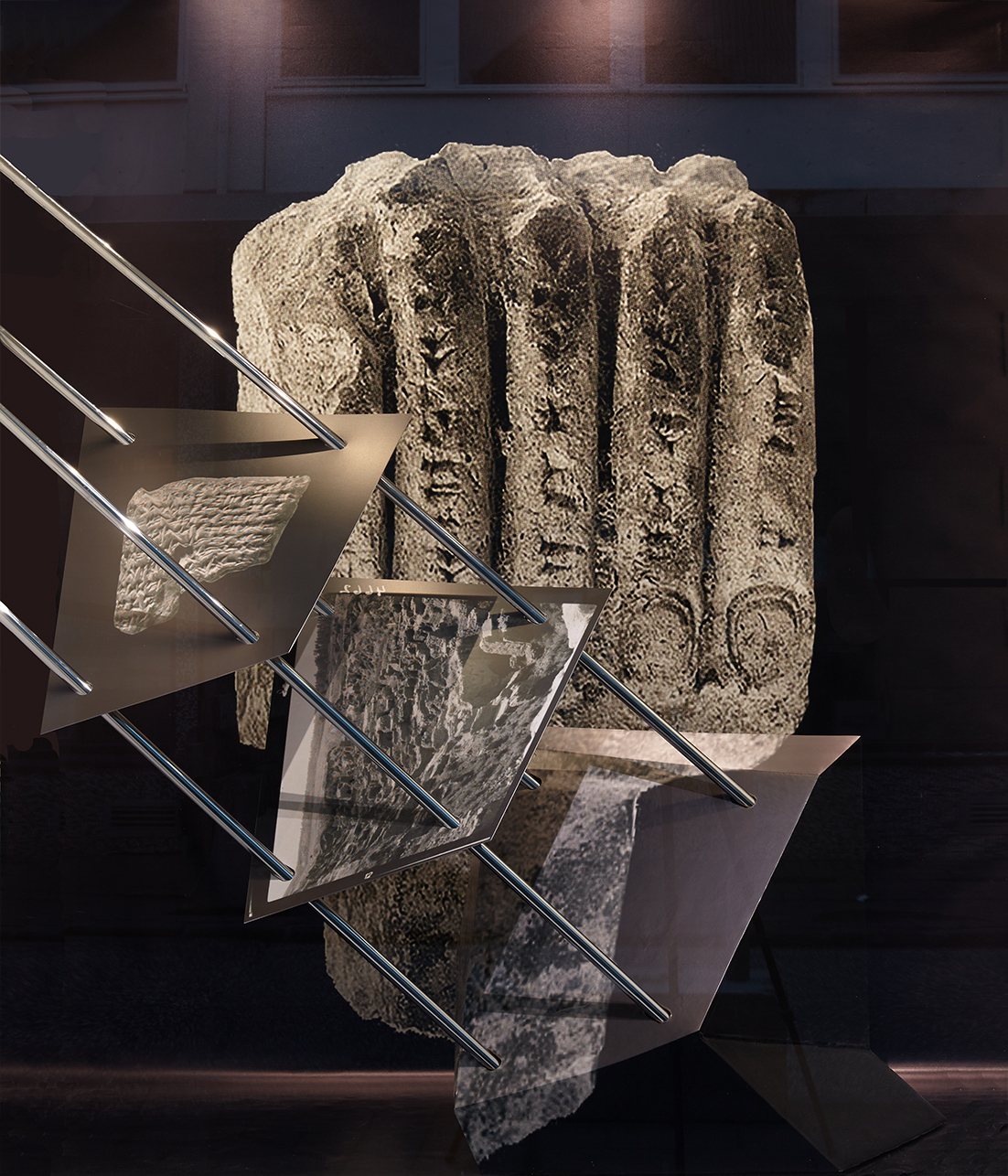 At hand are speculations about the concept of the “matrix.” While the etymology of which comes from “womb,” different uses of the word can be summed up as being the thing in which another is embedded. This includes a clause containing a subordinate clause, the skin in which a nail is embedded and the mould in which a relief is made.

A matrix is therefore understood to be the coordinates of a reality within which an individual must navigate. What the installation proposes is an interpenetration and hierarchy between those matrices laid down by natural law and the ones that are man-made. Ergo an image of a goddess’ hand alternates with the grid of a cityscape, which alternates with a handwritten contract that draws out a legal relationship between a house and the individual who lives within it. 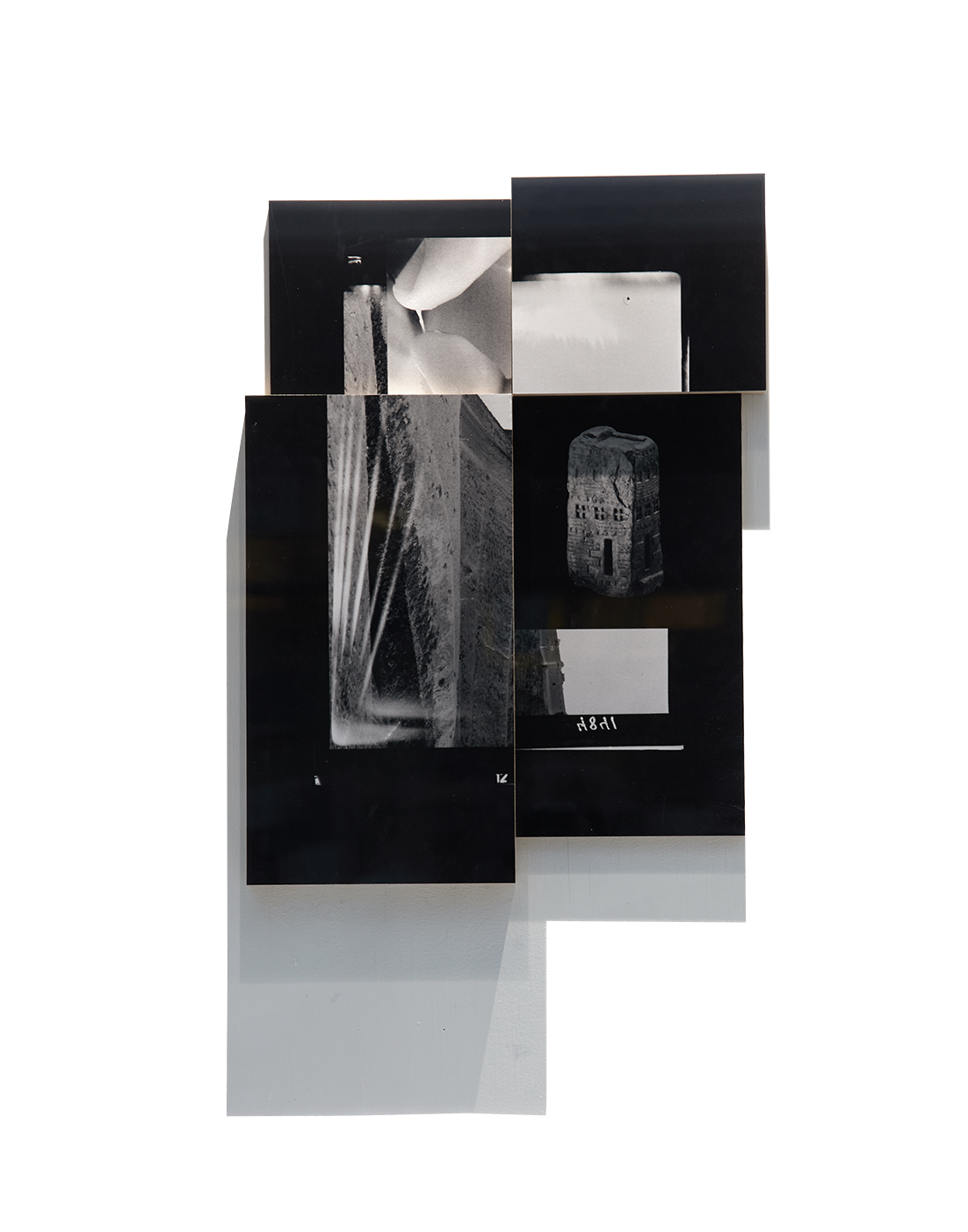 The compositions to the side of the main window are variations on the same themes. Images within them consist of a landscape view of the city gates of Arbela, a limestone model of a townhouse from Ancient Egypt, graphics from the movie The Matrix, a demonstration for the evaluation of the thickness of cervical mucous, an illustration of hand gestures to accompany oration and the topology of Enceladus (a moon of Saturn). The compositions are subdivided and mounted onto plates of different depth to draw out an intersection of four panels in one composition and a horizontal arrangement of three in the other. 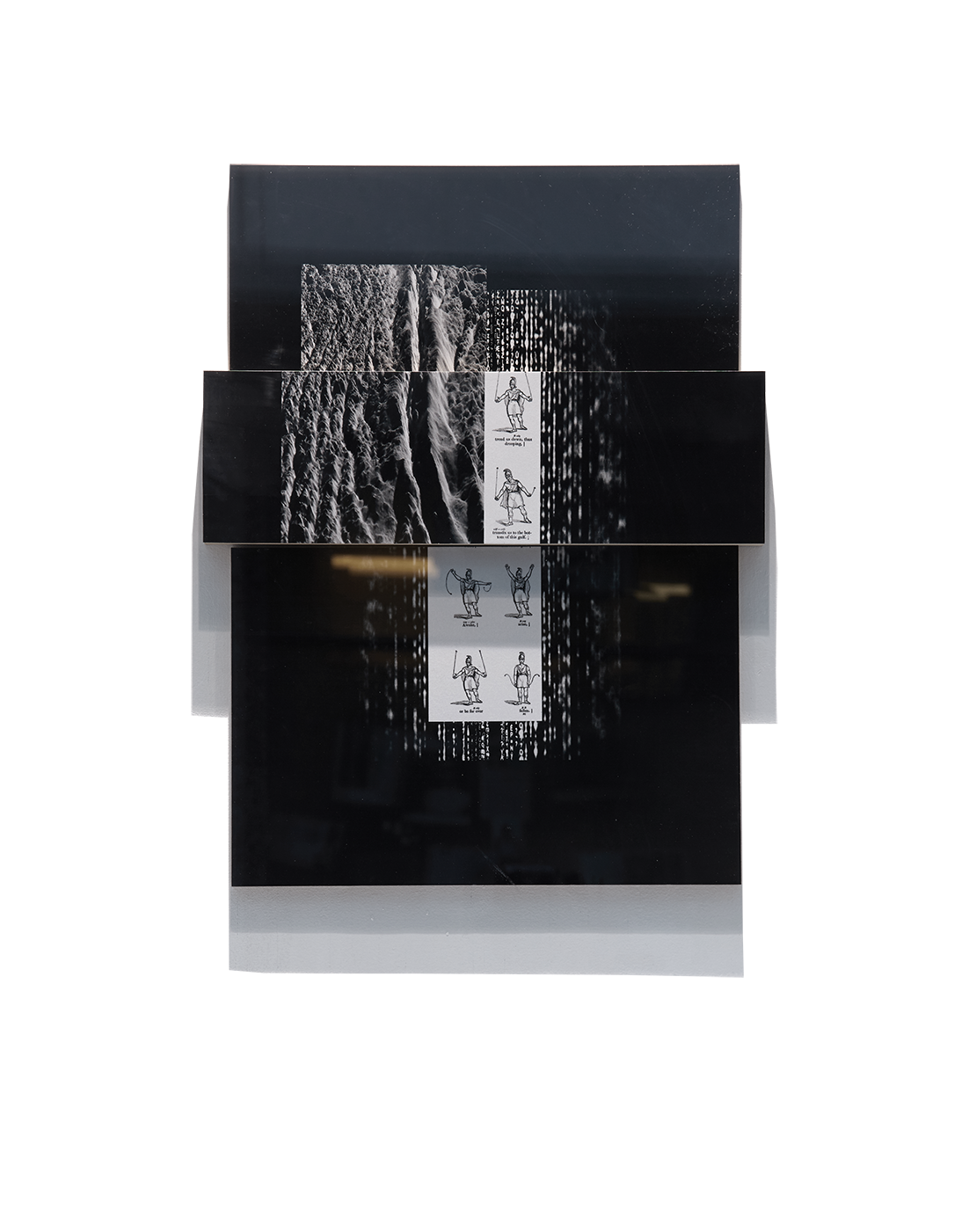