A wooden panel conveying a message from an alternative future.

The triptych was inspired by the radical millenarianism of the Anabaptists in combining the aesthetic of a futuristic prophesy with reflections on the nature of the public domain. It includes variations on the idea of space as property and the representation of space as publicly available – and proposes that they the geographic, geometric, and ideological order of space have a symbiotic relationship with each other.

The formation of the hypercube can be seen as an updated version of millennialist ideology, though taking an alchemist perspective of what may be possible rather than the finality of a heavenly kingdom. It suggests that alternative futures may rely on shifting perspectives, and that a utopian future can thereby be achieved through a shift within the collective imagination. 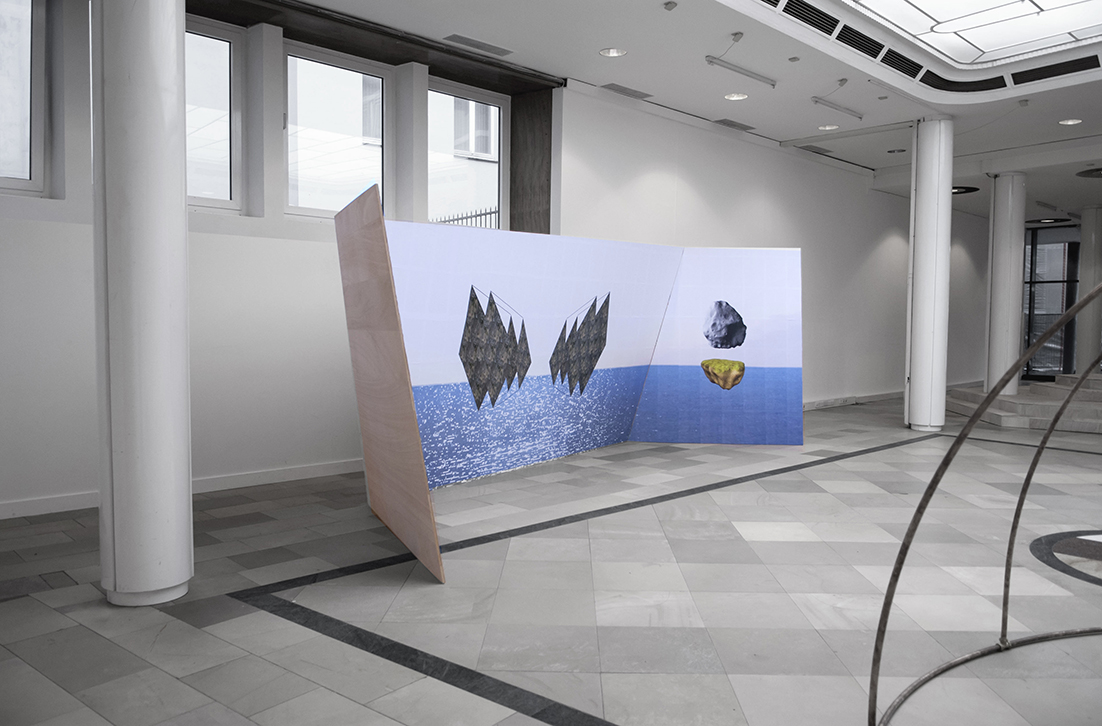 Additionally, the representation of a hypercube on a two-dimensional plane is relevant to the triptych wherein an image had been manipulated to take on the shape of a three-dimensional object – capable of carrying its own weight as a free-standing form. 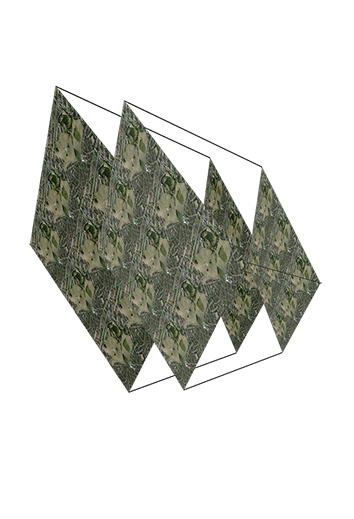 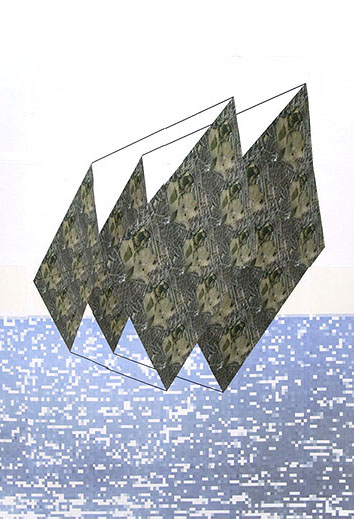 The planes that make up the hypercubes are made of images of Barking – a region chosen for the fact that events leading up to the Peasant Revolt of 1381 had happened in the area – captured on Google Earth. 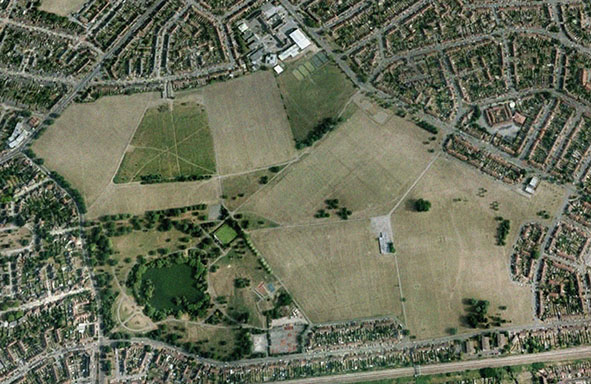 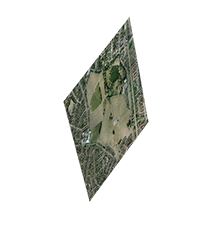 The image is repeated nine times to bring out a pattern formed by the intersections between private property and public parks. 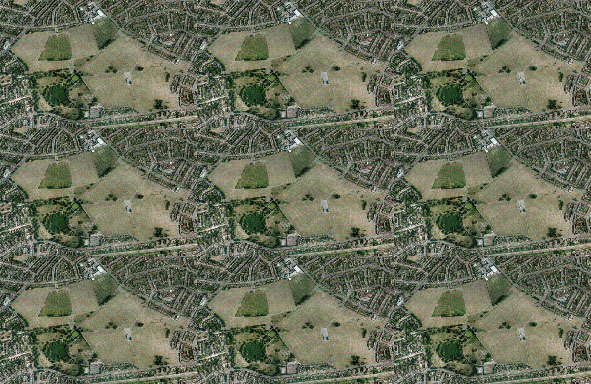 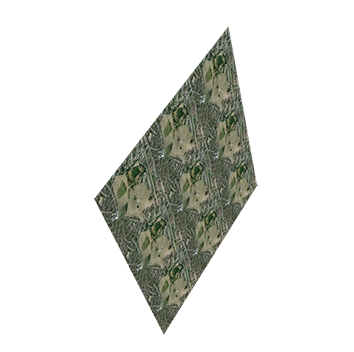 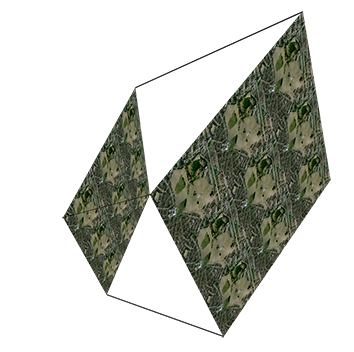 21 Lutetia and a floating island from Second Life.

21 Lutetia* is an asteroid (132x101x76 km).
It was photographed by the European
Space Agency's Rosetta probe in 2010.
The photograph of the asteroid introduces
a more literal incarnation of space: outer
space. Meanwhile, the photograph of the
asteroid is publicly available as part of
ESA's archive (www.esa.int) whereby it
fulfills its role as a public institution in
cyberspace.


The picture of 21 Lutetia is alternatively on
top (right side) or bottom (left side) within
the asteroid / island composition. The
symbolic potential of an asteroid may imply
an apocalyptic collision, while the floating
island may imply that of an idyllic paradise.
The alternating hierarchy between the left
and right panels offers an alternate outcome
within the symbolic order of the image.


* The asteroid is named after the city of Paris,
which bore the name Lutetia in Roman times. A view of a sunrise from within Second Life.

A method for creating a large-scale pictures by tiling A3 prints along a grid.