MONUMENT TO (CURRENCY) DEVALUATIONS IN THE EIGHTIES - VARIATION FOR ARNGERÐAREYRI - 2022

Monument to (Currency) Devaluations in the Eighties is a concrete work by the abandoned house of Arngerðareyri within the fjord of Ísafjarðardjúp in the Westfjords. The work addresses a period in the economic history of Iceland when inflation was high, leading the Central Bank to devalue the Icelandic currency numerous times in the eighties. 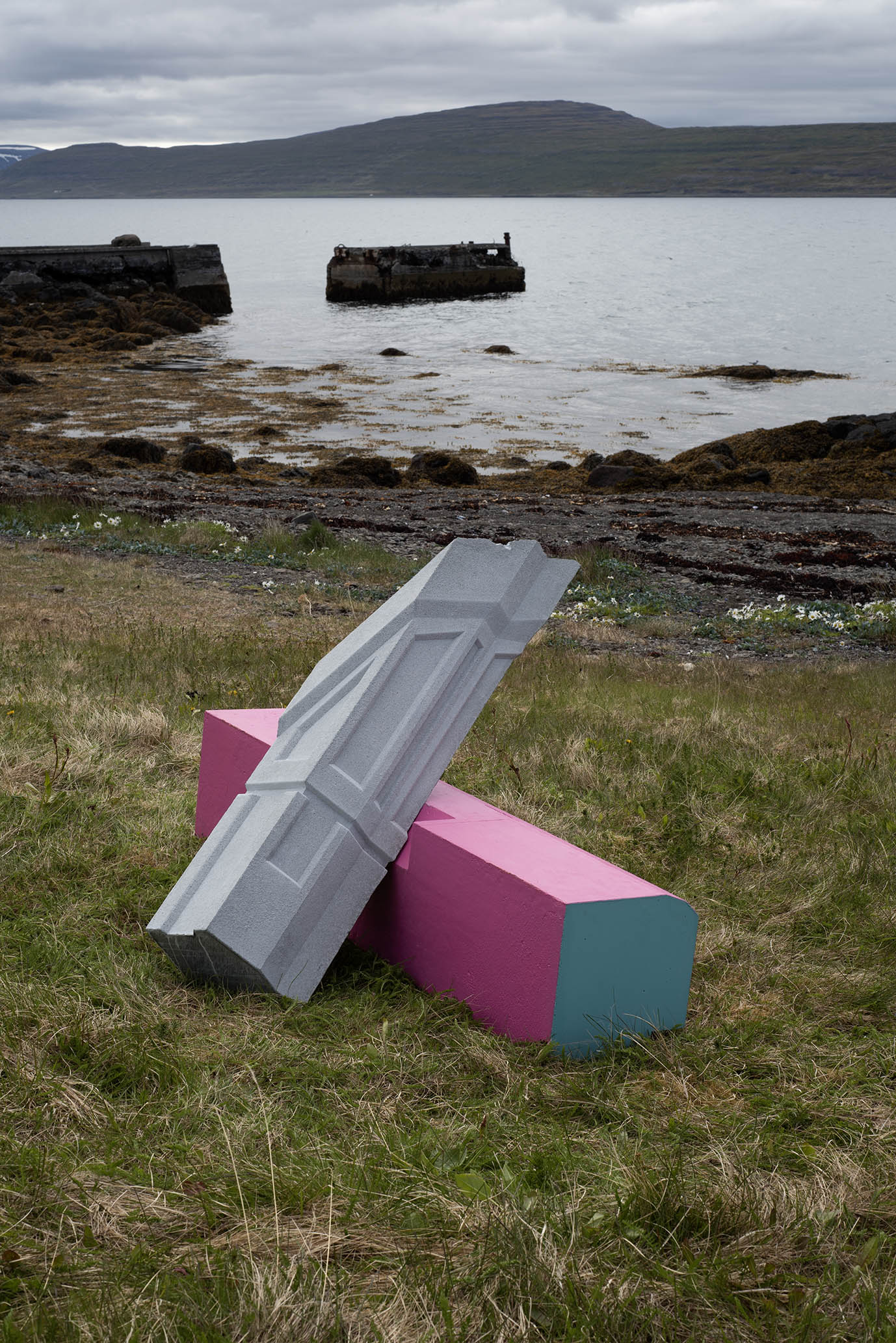 The work relies on digital models of building built in a year a devaluation had happened. The model was then halved and stretched, and placed in a spatial relationship with another model of a house built in another year. This digital manipulation of the model reflects the change in the value of a currency over the span of time within the decade. The use of concrete for the works reflects the way financial systems influence home equity, which in turn affects the lived experience of a subject living in that system at a given point in economic history.

The upper half is based on a digital model of Stórhöfði 15, built in 1988, in an industrial zone of Reykjavik. 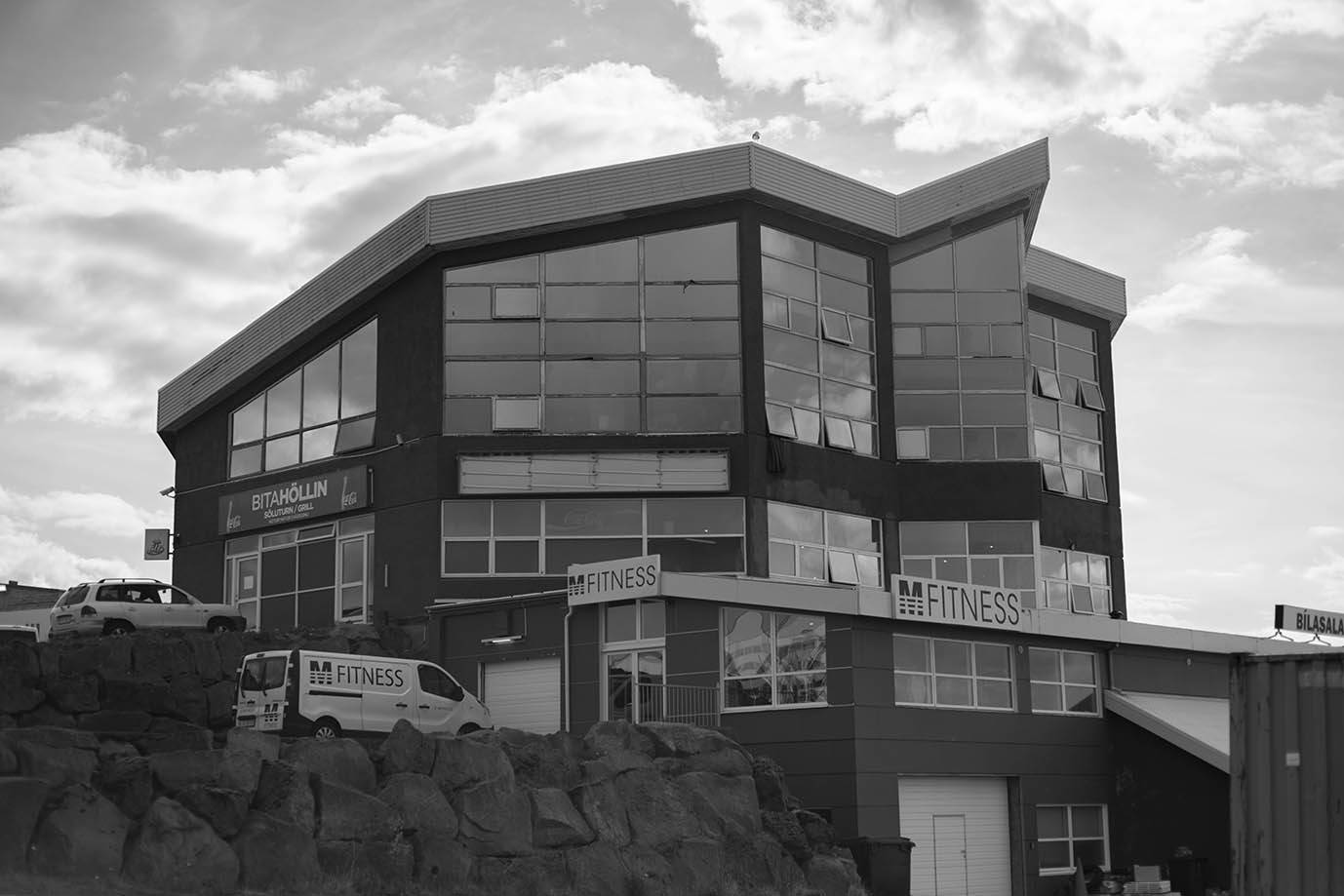 The lower half is based on a digital model of Grettisgata 5, built in 1983. 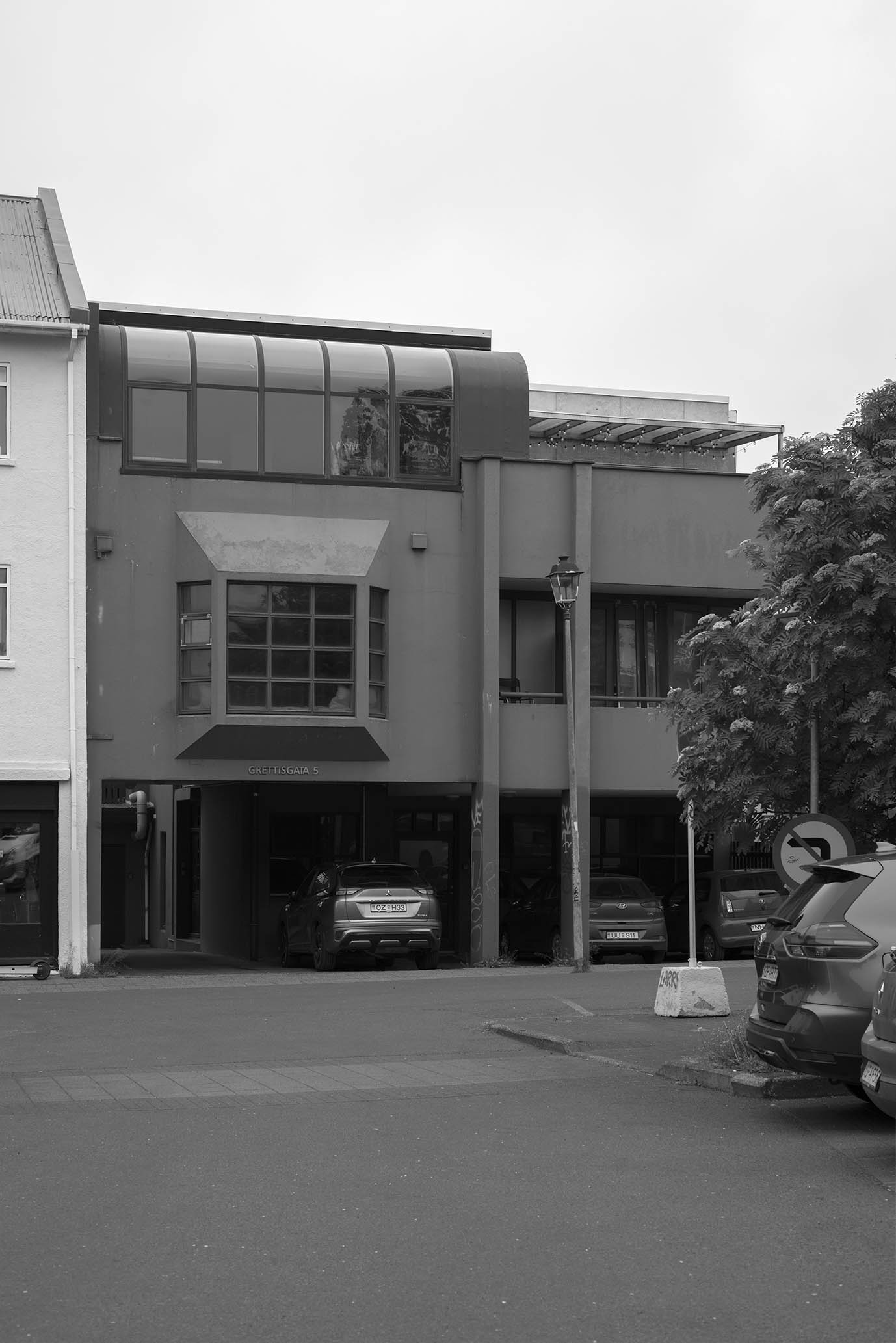 The colour scheme of the lower piece (Grettisgata) in green and pink addresses a sense of taste particular to the decade, which in combination with the architectural style of the buildings, allows Monument to (Currency) Devaluations in the Eighties to be intuitively read through its formal qualities. The colours are adjusted to the RAL system (RAL 4010 for pink and RAL 6027 for green) in reference to industrial codes of production and lend the piece visibility in the landscape. 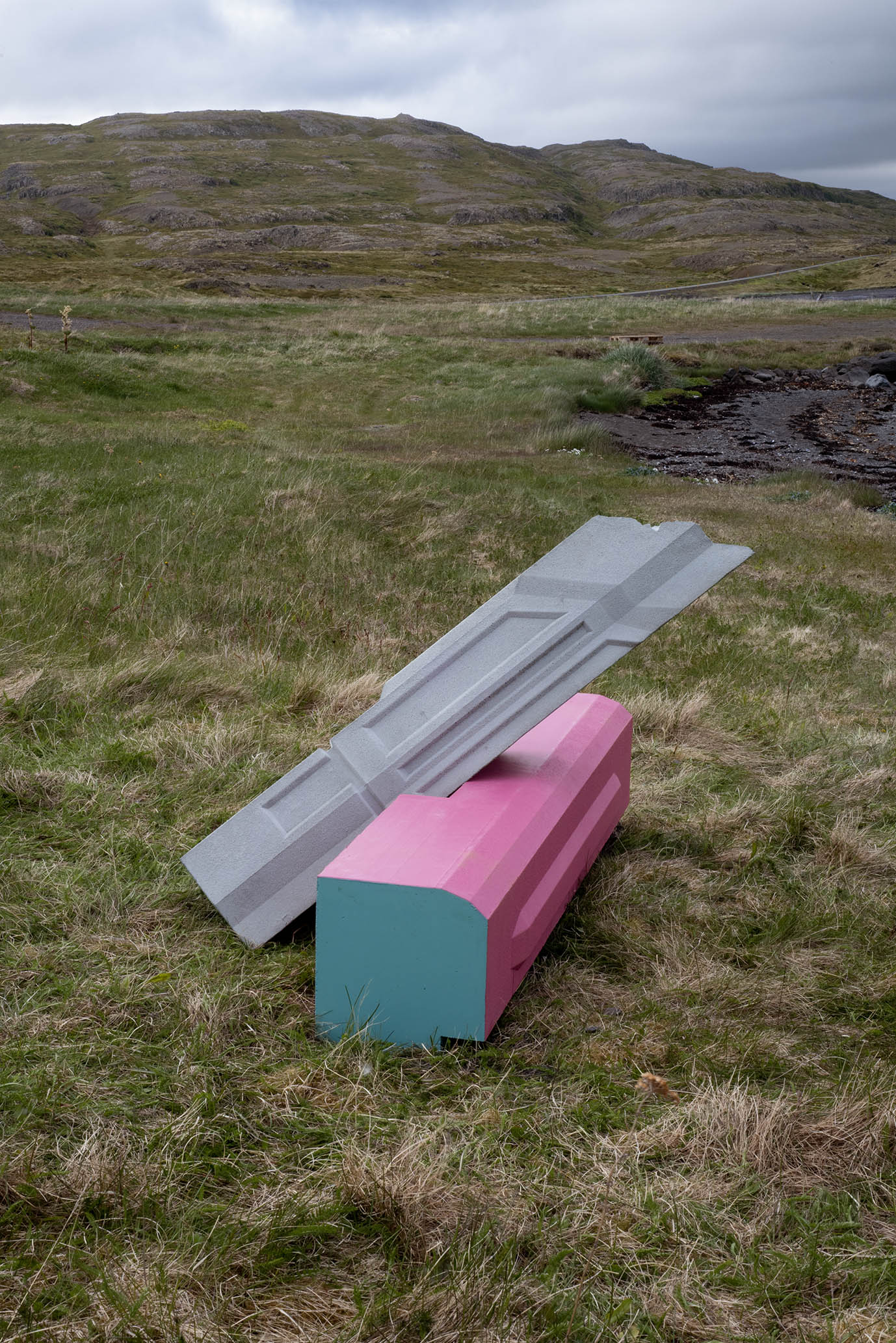 Monument to (Currency) Devaluations in the Eighties – Variation for Arngerðareyri is in a complimentary relationship with another by the same title in Reykjavik (on Arnarhóll). Being placed on the land of Arngerðareyri, the association with the house that had been abandoned since 1966 evokes the idea of ruins and forms a contrast to the permanence of a public sculpture made of concrete. 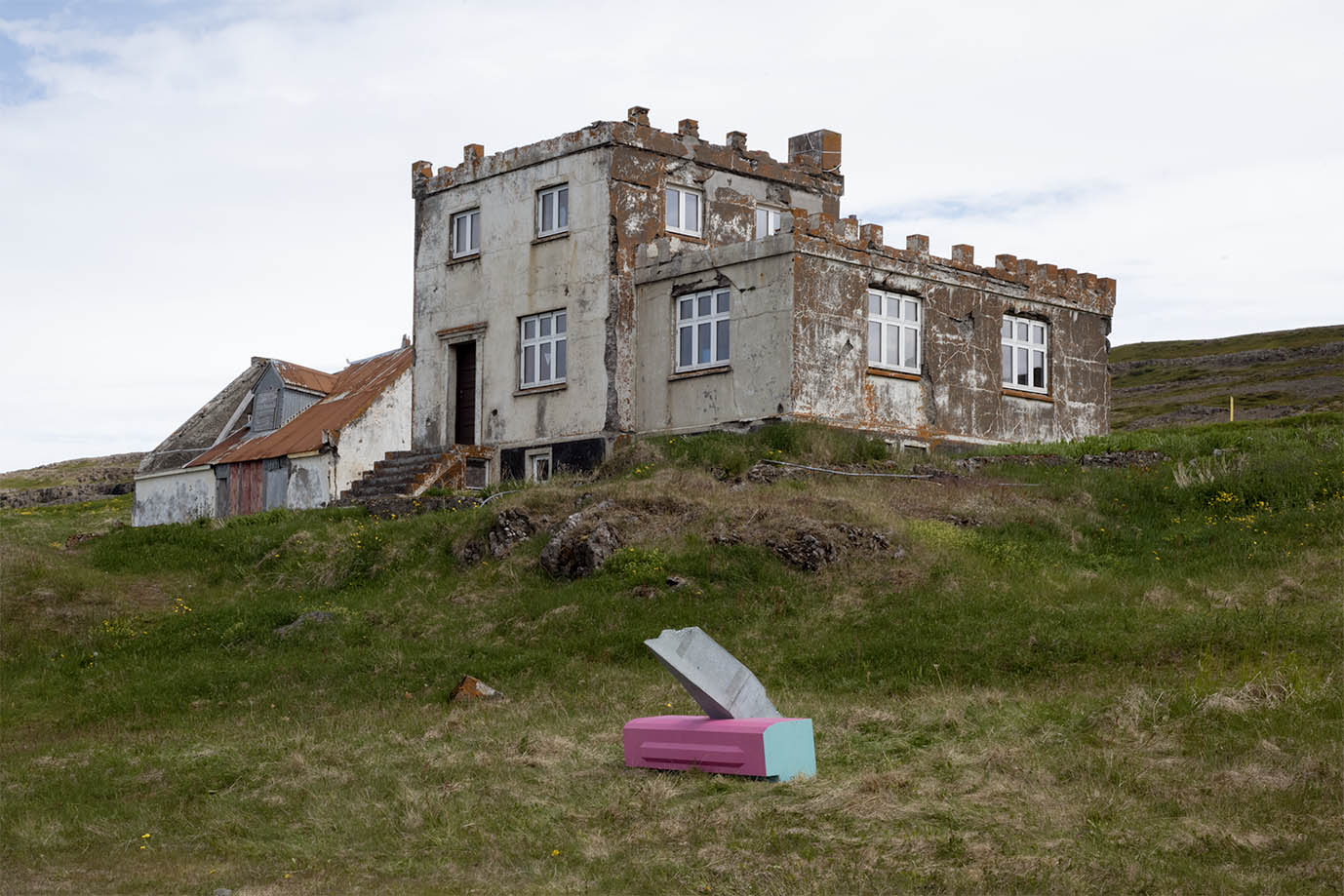